Cabbage growers market (NASDAQ: GDF – Get a rating) announced its quarterly results on Wednesday. The company reported earnings per share (EPS) of $0.79 for the quarter, beating the consensus estimate of $0.72 by $0.07, MarketWatch Earnings reports. Sprouts Farmers Market posted a return on equity of 26.01% and a net margin of 4.05%. The company posted revenue of $1.64 billion in the quarter, versus a consensus estimate of $1.65 billion. In the same period a year earlier, the company had earned earnings per share of $0.70. The company’s revenue for the quarter increased by 4.2% compared to the same quarter last year. Sprouts Farmers Market updated its forecast for the second quarter to $0.49-0.53 EPS.

About Sprouts Farmers Market (Get a rating) 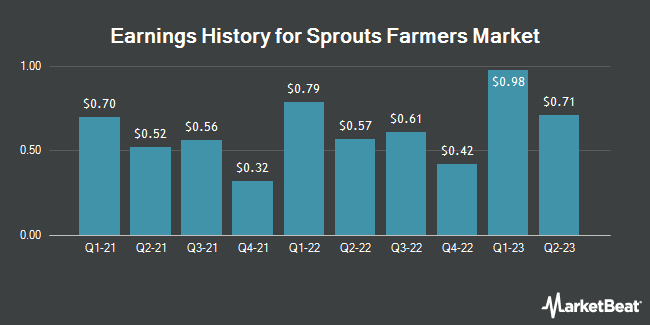